It’s just starting to be spring here in Alaska and that means the fireweed has started to come up. The small reddish shoots are edible, but I’d never actually tried eating them till this week.

My mom and I went on a fireweed hunt and came back with quite a harvest.

We decided to prepare them as I did the fiddlehead ferns. We blanched them in boiling water for 3 minutes, put them in an ice bath and then sauteed them in garlic olive oil and pine nuts. They were pretty good! Not as tasty as the fiddleheads, but definitely worth the effort.

When picking fireweed shoots, try and get as much of the stem as possible, as that’s the tastiest part. I would strip off any big leaves as they tend to be bitter. The bigger the plant the more bitter it tastes, so try and pick ones that haven’t really grown a lot. Here’s a photo.

We rinsed the shoots in cold water and dried them in a salad spinner. We also tossed some into a chicken stir fry. It was a good way to bulk up the stir fry. They looked a little stringy and not too appetizing, but they offered good sustenance.

One of the best things about living in Anchorage is you are always merely minutes away from beauty and nature. After dinner last night, Stephen suggested we go for a drive. Fifteen minutes later we pulled off the highway at Beluga Point and enjoyed the scenery. Steve is convinced spring is on its way, but I’m skeptical. We’ve been blessed with clear bright skies for two weeks, but the low clouds have started to set in and I think we’re due for more snow. I can’t wait for break up! 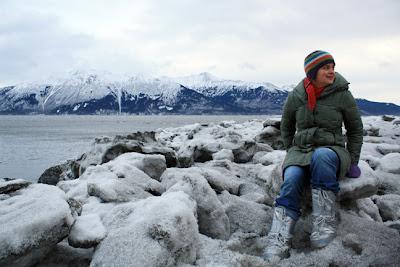 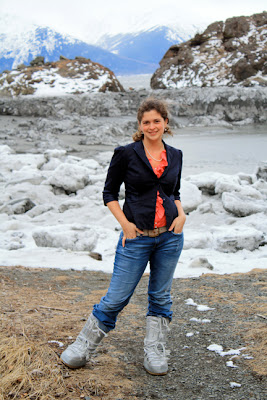 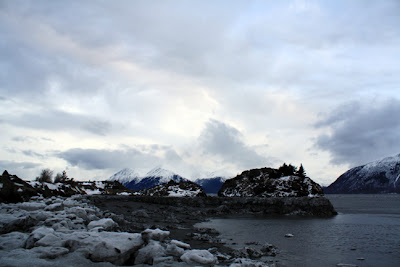